If you visit the Old School, you will find yourself in a building where Grantham boys have been educated continuously for over 500 years.

The King’s School was endowed by Richard Fox, Bishop of Winchester in 1528 although the Old School and the Master’s House beside it were dated by Pevsner in Buildings of England, at 1497.  These two buildings, which remain essentially unchanged, were supplemented with a Dining room in 1855 and a Long Dorm in 1893 before additions throughout the twentieth and twenty-first centuries expanded the School to its present capacity. 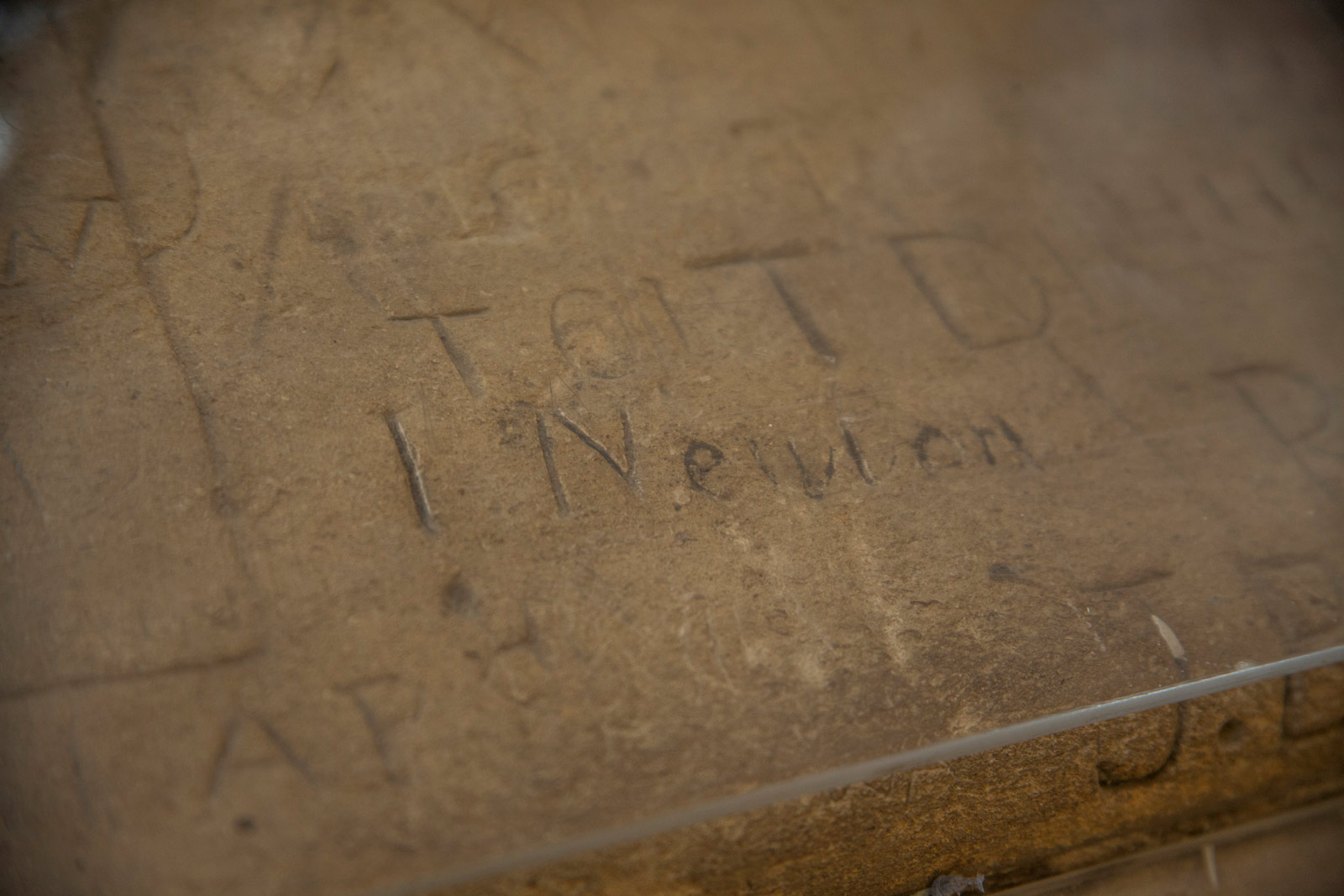 In the sixteenth century, Grantham’s ‘Free Grammar School of King Edward VI’ would have taught Latin and Greek to perhaps 20 scholars, most of whom would have been local boys.  Indeed, before the expansion of the twentieth century, the School would rarely have had more than sixty scholars at a time.  Unfortunately, registration records only go back to 1838 so the only record we have of pupils from prior to this date is in the signatures carved on the window sills and walls of the Old School.  However, we do know from other records of some very significant past pupils from those early years including Isaac Newton who attended the School from 1655 to 1660, and William Cecil, later Lord Burghley, Chancellor and advisor to Elizabeth I who was a pupil in 1530.

Commonly, boys would attend between the ages of eight and fourteen.  As numbers increased the school room would be divided by huge heavy curtains.  A Drill Master was employed from around 1860 which began the teaching of Physical Education at the School and paved the way for the School Cadet Corps which was established in 1904.

Our war memorial commemorates over forty ex-pupils and staff who lost their lives in the service of our nation.  We are proud that two former pupils were awarded the highest military honour, The Victoria Cross. Albert Ball, V.C. was a pupil in 1906/07 and Joseph Tombs, V.C. was a pupil in the early 1900’s.

The first women teachers were employed in 1915 on equal terms as the male staff.  Today the School has over 1200 pupils and over 100 members of staff.  The School has a small but significant archive with School photographs, uniforms, documents and memorabilia.