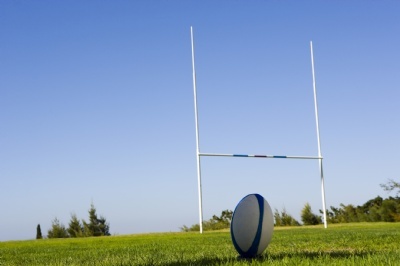 King's played an exciting brand of free flowing, passing and off-loading rugby to beat a spirited Worskop side. Particularly pleasing were the new elements for this age group of lineout and conversions that were exceptional. The King’s defence was uncompromising and turned over possession on countless occasions, exemplified by Man of the Match Jack Simpson, for his turnover work at the breakdown.

The first fixture of the season for Y10 was a strong performance, the score didn't reflect Worksop's performance who in the second half offered a stronger defence.

The forwards dominated the first half, Luca Cenci was a welcome return to the team after a 2 year absence and put in a very strong performance in the front row.

A number of players started in new positions which worked very well, Ben Daniels started at Open Side Flanker for the first time and had a very good impact on the game.

The team was lead by Max Farlie for the first time due to Joe Dickinson's injury absence, the 3/4 line with Ben Lee and Will Czajkowski worked very well and offered excellent attacking and defence capabilities.

Man of Match: Luca Cenci for his work rate and line breaks from the front line

King’s struggled in their first game of the season against a very physical and well drilled Worksop team. However, the team battled well throughout and their levels of effort cannot be faulted. King’s scored a deserved try late on through Emyr Jenkins after some good work on the wing from Tom Duncomb.

Man of the match was Noah Cadby for his leadership and work in defence.