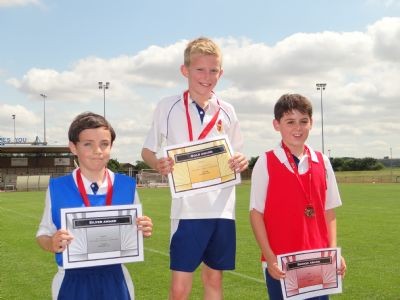 A large number of records were borken at the annual Sports Day.

There were many records broken at Sports Day 2014.

Emyr Jenkins broke three records in 100m, 200m and Javelin.  This was an exceptional effort that hasn’t been done before and Mr Whales doubts it will happen again!

Jacob Carrington broke 2 records in the Discus and Javelin.

Harry Topham for the High Jump

Will Lumsdon for the Javelin