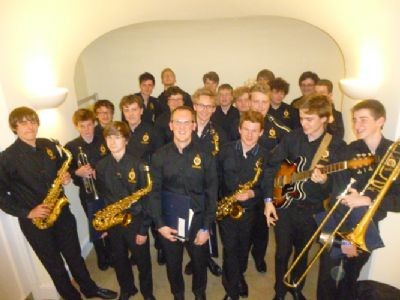 The Big Band travelled to Birmingham to take part in the finals of the National Music for Youth Festival.  They performed Big Band standards ‘Splanky’ and ‘Spain’ to rapturous applause.  The adjudicators particularly commented on wonderful solos from Nye Banfield and Henry Scott and said they would love to hear the band perform again.  Official photographs from the event can be viewed on the classicfm website: http://www.classicfm.com/concerts-events/music-youth/pictures/town-hall-10-july/the-kings-school-big-band/.  We now await news to see if we will be invited to perform in the Schools Prom at the Royal Albert Hall.