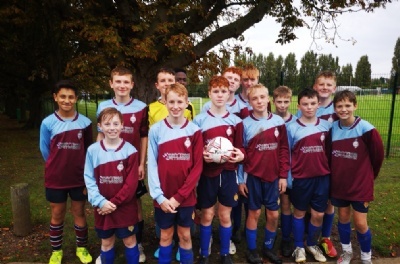 After a highly successful season last year the U14 team picked up where they left off in round 1 of the ESFA National Cup.  Drawn to play away at West Bridgeford, we quickly went 2-0 up against a strong and talented home side thanks to goals from Hole and Hall. Half time saw scores at 2-2 which tested the resolve of the team. An exciting second half led to chances at either end but led to extra time after a 2-2 full time score. Two goals in extra time from Tagg and Hall led to a fantastic 4-2 victory and takes us into the second round. A superb team performance.