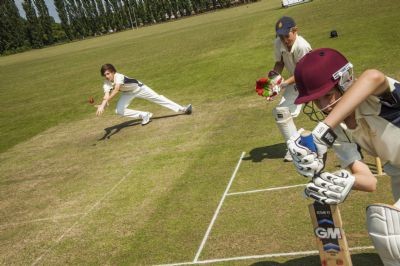 Two of our cricket teams have been crowned County Cup Champions.

The Year 7 cricket team capped off an outstanding season by winning the County Cup, beating Bourne Academy, Spalding Grammar and Bourne Grammar to reach the final.  They came up against Queen Elizabeth Gainsborough in the final match, hosted by King’s.  Captain Ben Lumb elected to bat first on a sunny day, and faced with some strong bowling, King’s reached a competitive total of 92 from their 20 overs, thanks largely to Max Wilson (48) and Jaidev Prakash (18*).

The U18 (First XI) team have also been crowned County Cup Champions, beating Branston in the Final.  Well done to all involved.