Carvings in the Old School

Despite the injunction in the 1571 Orders of Governance of the school to keep a register of pupils no complete lists exist until 1838.  There are, however, numerous instances of carved names throughout the older parts of the school, both inside and out.  There are several hundred names and initials that have been photographed and transcribed, far too many to reproduce here.  The School Archives has a file containing these images and their transcription.  Some of the carvings have dates and others can be recognised by their success in later life. 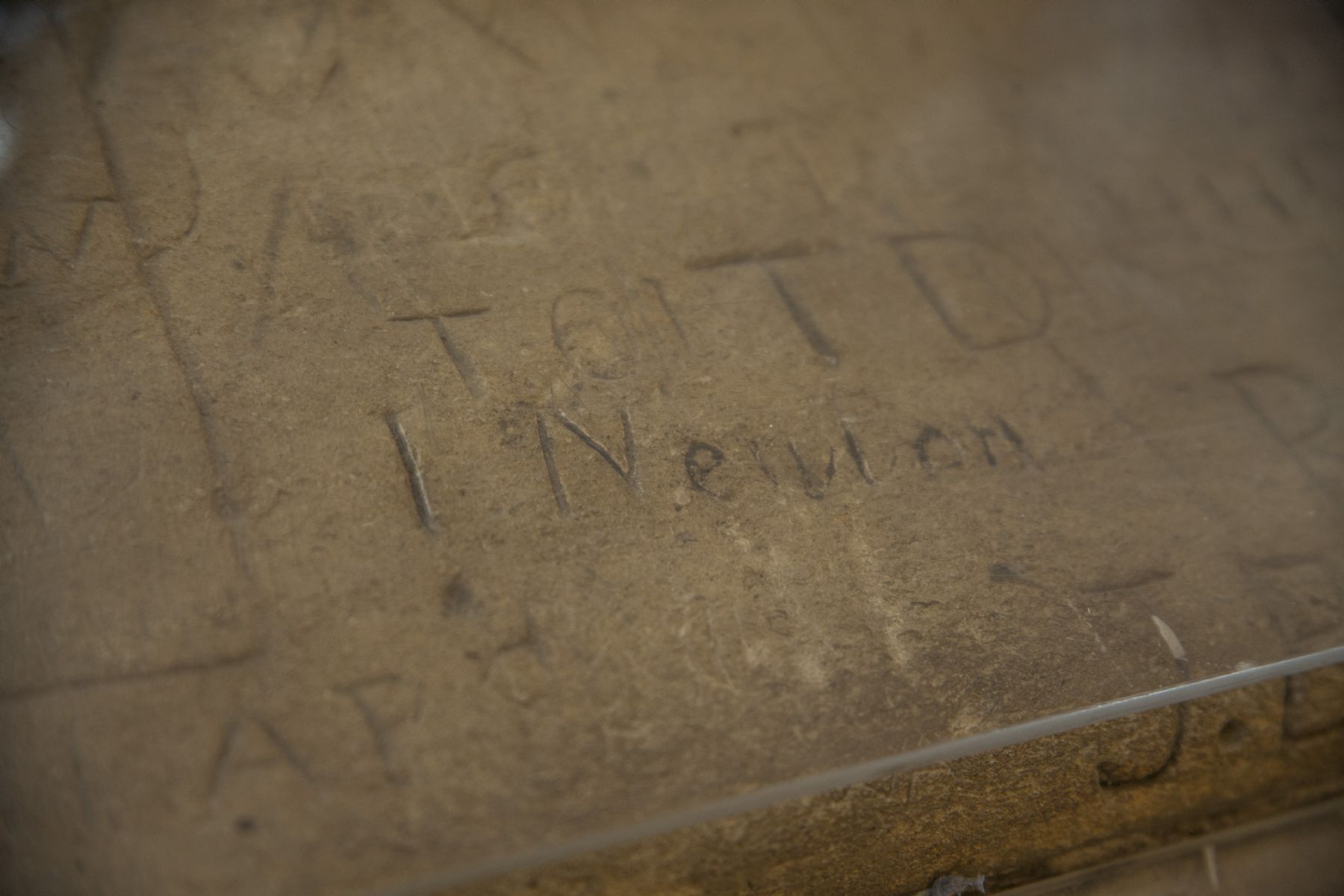 Here is a selection of the more prominent.

The earliest carving with a date is Joseph Clarke in 1644.
Joseph was the Usher until 1662 and carved his name, probably, as a scholar in the upper floor of the Administration Block, then the Master’s House.

Samuel Coddington was another Usher (1697 to 1699) who carved his name as a scholar.  He heads a group of five scholars dated 1690, John Thorold, Samuel Walker, John Chrichloe and John Hallam.

Carvings associated with a date pre-1838:

Admission Registers exist after 1838 and the names of scholars are known after that date.  There are very many more names on the walls both inside and outside the Old School.  Most are undated.

The Isaac Newton name is amongst these, as is Peregrine Cust.