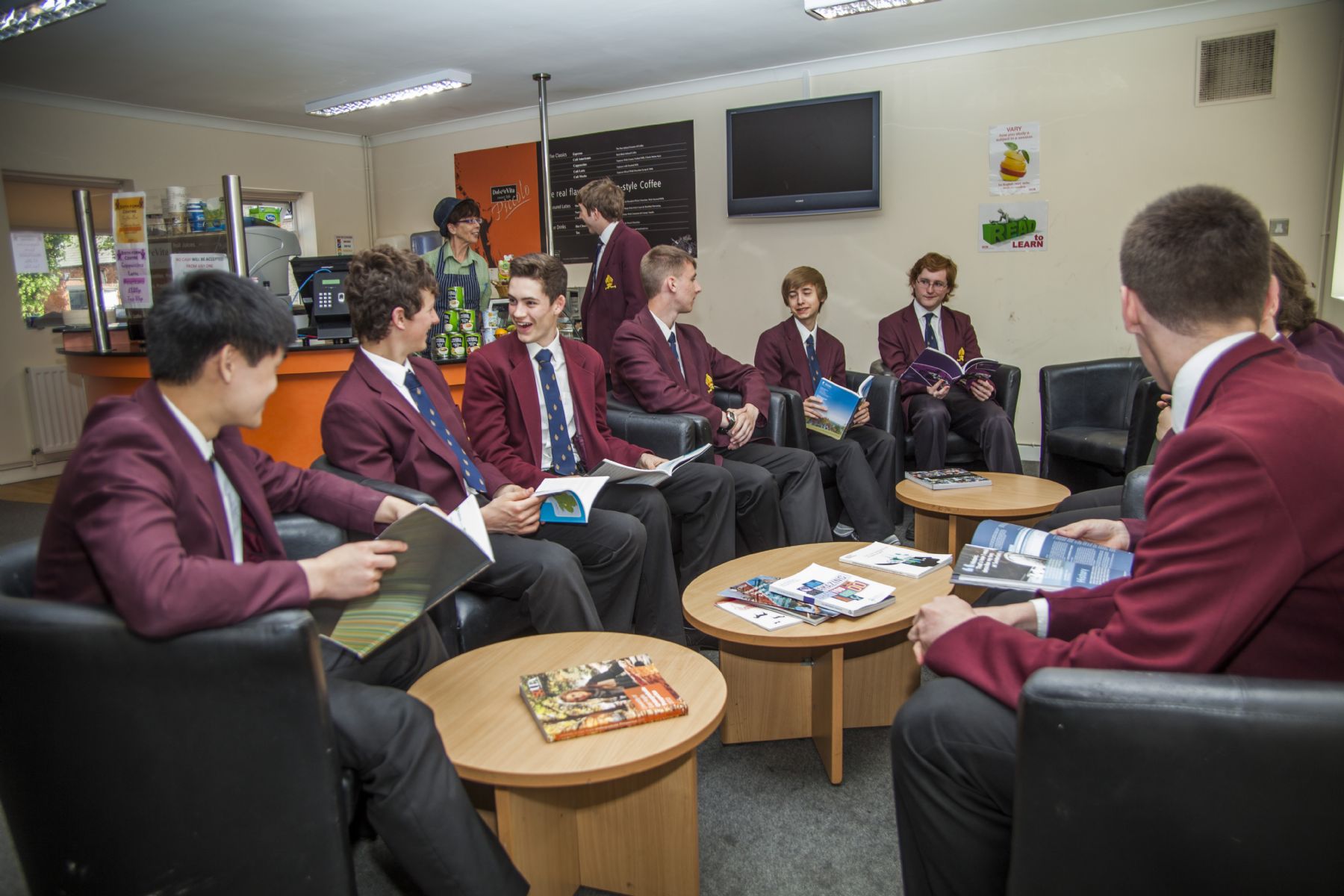 The new Sixth Form Centre was opened in October 2007 and was funded by a grant of £40,000 from the King's School New Trust. The centre is dedicated to the memory of Major-General Brian Wyldebore-Smith, former Chairman of the School Governing Body.

The centre was converted from 3 Geography classrooms and is now an open plan facility offering study area, and a 'Starbucks-style' coffee bar serving Latte, Cappuccino and other drinks, with snacks provided to order by our dedicated caterer. Heather Brown is the centre manager who coordinates the day to day administration of the facility.

The centre has been tastefully furnished to provide a business-like environment to encourage study and quiet relaxation. Sixth Form members were involved in the choice of decor and installed furniture and equipment.

September 2011 saw the opening of the Sixth Form Study Centre within the Newton Block. This large, quiet work area is well equipped with PCs and enables Sixth Form students to develop effective independent study skills which will be so vital at university and in employment.